Research from Michelangelo Foundation at ESMO 2021

Great news from ESMO 2021: results from the most important clinical studies

A paradigm shift in the treatment of metastatic breast cancer 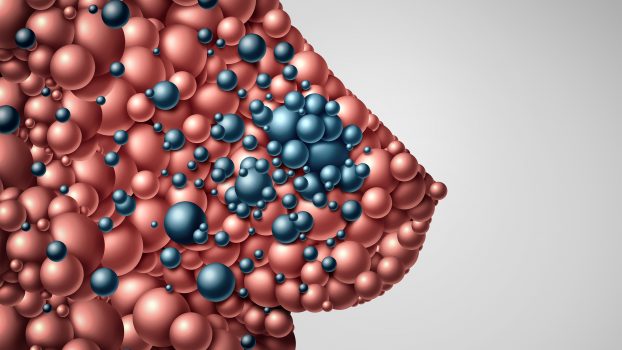 Results of the DESTINY-Breast03 study, featured in the Presidential Symposium at ESMO 2021, could change clinical practice in patients with HER2 + metastatic breast cancer: treatment with the antibody-drug conjugate trastuzumab deruxtecan (T-Dxd) significantly improved progression-free survival when compared to the current standard of care, trastuzumab emtansine (T-DM1).

The drug T-Dxd is comprised of a HER2-targeted monoclonal antibody that delivers high concentrations of chemotherapy directly to cancer cells that have HER2 on their surface. The drug was compared with another immuno-conjugate, T-DM1, in the phase III trial DESTINY-Breast03, involving 524 patients randomized to receive T-Dxd or T-DM1; all were previously treated with trastuzumab and chemotherapy (a taxane) before starting the clinical trial. Results show that T-Dxd is significantly better than T-DM1 when used after a patient’s disease has progressed on trastuzumab and chemotherapy: compared to standard therapy with T-DM1, T-Dxd resulted in a 72% improvement in progression-free survival; at 12 months, 76% of the patients treated with T-Dxd had no disease progression, whereas only 34% of those treated with T-DM1 did not see their disease progress by 12-months. Furthermore, almost 80% of patients saw their tumor shrink and 16% had their diseases completely disappear, with a safety profile consistent with other reported data (10.5% had interstitial lung disease who requested treatment). This is the first phase III trial to report a comparison in the safety and efficacy of T-Dxd versus a standard therapy in metastatic breast cancer.

T-Dxd received accelerated approval by the Food and Drug Administration in 2019 for patients with unresectable or metastatic HER2-positive breast cancer who have received two or more prior anti-HER2-based regimens in the metastatic setting. This approval was based on a smaller, non-comparative trial, DESTINY-Breast01, that demonstrated very promising efficacy in patients whose disease had progressed after T-DM1. These new data are likely to change clinical practice, as stated by study coordinator Sara Hurvitz, director of the Breast Cancer Clinical Research Program at the UCLA Jonsson Comprehensive Cancer Center: «T-DM1 became the standard of care second-line therapy in 2013 and is the first FDA approved antibody drug conjugate; in the past eight years we have not seen any other therapy try to beat it in a head-to-head trial. In the comparison with T-Dxd, there was a really substantial difference in the two treatment arms: these data will be practice changing and the improvement in progression free survival is really exciting for our patients». The next step is to study T-Dxd in the front-line metastatic setting and in early stage disease; Hurvitz is already investigating the effects of T-Dxd alone or in combination with anti-estrogen therapy. According to Aditya Bardia of Massachusetts General Hospital, Harvard Medical School in Boston (USA, «It is wonderful to see such significant improvement in survival for patients with HER2-positive metastatic breast cancer, and the results will likely change practice, establishing T-DXd as the preferred therapy in the second-line setting. The 12- month overall survival rates are not not yet estimable, but given the improvement in progression-free survival, we would anticipate improvement in OS once the data maturity is sufficient, and we look forward to follow-up results».