Poor results with venetoclax in advanced or metastatic breast cancer 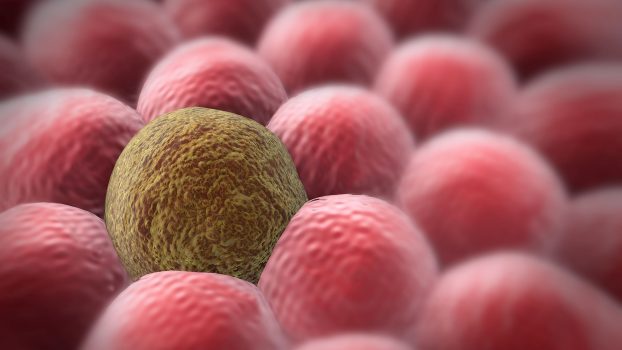 Bonadonna Foundation alongside other Italian researchers for the in-depth study of CUPs: today many of their characteristics are clearer

They are rare, but pose a huge challenge for scientific research. For this reason, tumors of unknown origin, or CUP, are a target of research in Bonadonna Foundation, which is starting collaborations with other research groups to increase knowledge about these tumors and give hope to patients. The molecular analysis of individual tumors in each patient could be used to identify possible therapy targets: this is underlined by Carla Boccaccio of the IRCCS Cancer Institute of Candiolo Stem Cell Research Laboratory, by using an effective experimental model, the agnospheres, that recently shed some light on CUP characteristics.

«In a ‘standard’ tumor, even if the diagnosis comes when it’s metastatic, it’s possible to trace its origin and similarities with the original tissue: it takes time for the tumor, from its primary site, to spread and metastasize», Boccaccio says. «CUPs metastases are very rapid, it’s like a galaxy that expands very quickly: as soon as the cancer cells are formed they ‘escape’ from their location, so that in CUPs it’s impossible to trace the first origin of metastases. The hypothesis, therefore, is that CUPs originate from stem cells: these cells ocan proliferate and migrate rapidly, let’s think for example of what happens during embryonic development. In CUPs probably immature stem cells, after genetic or epigenetic alterations, remain in their condition of staminality and migrate to many sites where, with their high adaptability, they generate metastases». CUP stem cells are very autonomous cells, as Boccaccio demonstrated by propagating them in culture: in vitro they do not even need growth factors to self-maintain their stem cells phenotype.

«Other cancers stem cells population, including metastatic ones, is small, in CUPs it’s large: since the most differentiated cancer cells are also the most sensitive to treatment, this large amount of resistant stem cells is one of the reasons that makes it so difficult to find an effective therapy for CUP», Boccaccio says. Her studies showed that CUP stem cells are sensitive to MEK inhibition: there is therefore the possibility of finding molecular switches to hypothesize therapies and, as the expert points out, «A more specific genetic and molecular knowledge of CUPs using agnospheres could help us understand what transforms a tissue stem cell into CUP; moreover we are trying to carry out in-depth molecular analysis in search of targets. For example, if we find HER-2 alterations in a CUP patient we could try to use trastuzumab, regardless of a confirmed breast tumor origin. A 360-degree analysis with in-depth studies, based on multidisciplinary collaborations among various laboratories and oncological centers, and cooperation with the Bonadonna Foundation, will help us to understand all the possible vulnerabilities of CUPs», Boccaccio ends.