High tumor mutation burden predicts immunotherapy response in some, but not all, cancers 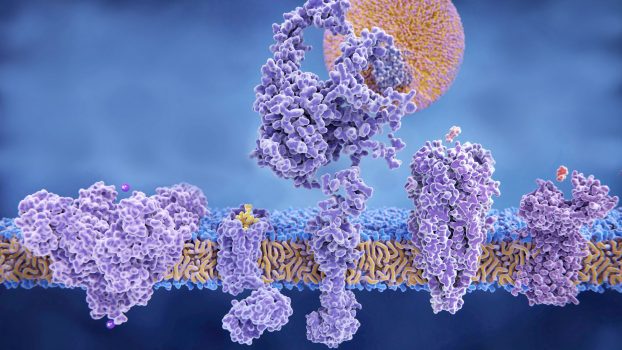 An immunotherapeutic target for osteosarcomas emerges from an integrative surfaceome profiling study; a possible selective conjugate drug is under investigation

The thorough analysis of cell surface proteins and related genes offers new hope for the treatment of osteosarcomas, for which effective and targeted toxin-conjugated agents such as immune-conjugated drugs are still lacking: during the last congress of the American Association for Cancer Research (https://www.aacr.org/), researchers from the MD Anderson Cancer Center in Houston presented the results of an in-depth analysis of the surfaceome of osteosarcomas, identifying a common molecular target and a possible active agent currently under testing in in vitro models.

Toxin-conjugated agents targeting cell-surface antigens such as antibody-drug conjugates show promising clinical activity for various solid tumors, but so far no one had demonstrated an activity in osteosarcomas, primarily because these tumors lacked effective targets such as specific surface antigens that could warrant a selectivity of the response. To identify proteins selectively expressed in osteosarcomas and not in healthy tissues, Yifei Wang and his collaborators at the MD Anderson Cancer Center in Houston prepared surface protein extracts from normal cell lines, from 4 patient-derived osteosarcoma cell lines and from 10 patient-derived xenografts tissues; the extracts were analyzed with mass spectrometry, then compared with proteomic data of normal or osteosarcoma tissues included in the public ProteomicsDB database; the researchers also sequenced the RNA of 101 osteosarcoma samples, comparing them with 54 different non-neoplastic human tissues. From the comparison of these spectrometry and sequencing data, possible candidates emerged with a differential expression in tumors and healthy tissues; these possible targets were then validated through immunohistochemical analysis and flow cytometry.

Mass spectrometry identified 1156 surface proteins highly expressed in tumors, from the comparison with the databases 129 were found to be hyper-expressed only in osteosarcomas; data from RNA sequencing identified 195 membrane-associated genes that were hyper-expressed in tumors. This thorough investigation identified three potential targets, the three surface tumor antigens MT1-MMP, CD276 and MRC2; the first one has the highest absolute expression level in osteosarcomas, therefore it was identified as a priority target and thus targeted with BT1769, a bicyclic peptide linked with the cytotoxin monomethyl auristatin E.

Results with the bicycle toxin conjugate are promising: BT1769 has been tested in 6 osteosarcoma patient-derived xenograft models and in Ewing sarcoma models lacking NT1-MMP expression, showing an inhibition of tumor growth in all models, with complete response maintained at 6 weeks in three out of six models; minimal activity also emerged in Ewing’s sarcoma models. MT1-MMP is a surface metalloproteinase that degrades extracellular matrix to promote cell migration and has also found to be over-expressed in other tumors, for example gastric carcinoma, as well as involved in various stages of the progression of these tumors; last year a study published in Scientific Reports (https://www.nature.com/articles/s41598-020-75995-6) however indicated that unlike findings reported in other cancers, MT1-MMP is dispensable for osteosarcoma progression, given that in genetic knockout models the tumor growth is not affected. The studies therefore continue and correlation analysis between the expression level of the gene for MT1-MMP, its immunohistochemistry and the response to BT1769 are currently underway in MD Anderson Cancer Center’s lab.