Neoadjuvant immunotherapy as a promising approach in melanoma and colon cancer 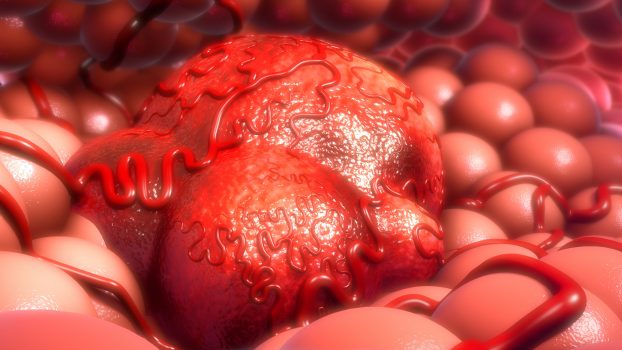 Adjuvant pembrolizumab improved disease-free survival in patients with renal cell carcinoma at an increased risk of recurrence: the first interim analysis of the KEYNOTE-564 study published on The Lancet Oncology showed promising results of this immune checkpoint inhibitor compared with placebo after surgery.

Post-nephrectomy adjuvant treatment for renal cell carcinoma has shown no consistent benefit despite 30 years of clinical investigation. The KEYNOTE-564 is a multicentre, randomized, double-blind, placebo-controlled trial where 994 patients with renal cell carcinoma were assigned to receive pembrolizumab (200 mg intravenously every three weeks for a maximum of 17 cycles) or placebo after surgery. After a median follow-up of 30.1 months, disease-free survival was better with pembrolizumab compared with placebo: the estimated proportion of participants who remained alive and recurrence-free was 75.2% in the pembrolizumab group and 65.5% in the placebo group. No new safety signals were observed with adjuvant pembrolizumab, which had an adverse event profile consistent with previous reports for the drug. «To our knowledge, the KEYNOTE-564 study is the first randomized phase 3 study to report positive results for adjuvant immunotherapy for participants with renal cell carcinoma. Additional follow-up and analyses reaffirmed the significant disease-free survival benefit observed in our previous analysis and supported adjuvant pembrolizumab as a potential new standard of care for patients with renal cell carcinoma with an increased risk of disease recurrence after surgery», authors conclude.